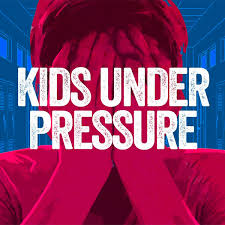 “I’m allergic to B’s.”  I still remember my mom telling me that over the phone and it hurt.

I was in my first year of university and honestly, even though I was a straight-A student coming out of high school, I was still finding my subjects difficult.  To top it all off, I was unprepared for being away from home, having to make new friends, making sure I had enough money for tuition, rent, and food, and the list of responsibilities went on….

Essentially, I had to grow up.

To be honest, I totally understood where my mother was coming from.  As immigrants, my brother and I knew the value of hard work.  Coming to Canada meant that if we worked hard, we can help my mom make a better life for us here.  Not only that, our older sister, Sofy, had worked so hard to bring us over… so failure was not an option. We had no choice but to work hard.  At any rate, I did graduate with honors and passed the qualifying exam on my first try.

But still….to this day, Peter still talks about the first time he actually saw me cry.

Anyway, this week brought this memory back.  Olivia had decided to do the International Baccalaureate (IB) program and for those who are familiar with this program, it is a doozy.  Olivia had such a tough two weeks with all her evaluations and tests, along with her other extracurricular responsibilities.  The final straw was her math test this past Friday where she said that it was so hard that some students started crying during the test since they had no clue how to answer it.  Some students even said that they cannot tell their parents about this.  One of her teachers called it “mathematical treachery.”

At any rate, I definitely am not following in my mother’s footsteps….

Peter is the tough one since he always wants to figure out what went wrong.

Did she have enough Omega 3s to improve her memory?

Did she get enough sleep?

And his checklist goes on….Meh, he means well. Truly.

I know the power of a comforting hug and shoulder to cry on.

So, really, parents have different ways of trying to make things better for our kids but one thing is for sure, all parents want their kids to succeed.

But as parents, sometimes we forget that our kids are just that…KIDS.  Their brains are still under construction as I wrote in my blog How to Survive Middle School: My Mindfulness Guide  (see point #4) ).  We may resort to threatening them, saying that they are not doing enough, or that they border on being useless, but we take the risk of that backfiring…BADLY.  These kids are already under so much pressure that they don’t need additional grief from us.  Would you agree?

Anyway, here’s hoping that Olivia’s weeks get better…and “No, I’m NOT allergic to B’s…”

Have a good week ahead, everyone!