Someone recently asked me “How are you?  Are you happy?”  I actually had to pause since those are some loaded questions.

I replied with the obligatory “I’m doing well!  Thank you for asking!  How are you?”

I somehow skirted around the “Are you happy” question but it stayed with me.

What is the definition of “happy” anyway?…still skirting the issue.

Some definitions of happy are “feeling or showing pleasure or contentment” or “fortunate and convenient”.

Somehow, I don’t think I could have said, “Yes, I am feeling fortunate and content..so yes, I’m happy.”

Therefore, I am starting a new journey and I have dubbed it “Searching for Happiness”.

So, come join me as I search for what it means to be happy…along the way, you may also discover what makes YOU happy!

Have a good rest of the week, everyone! 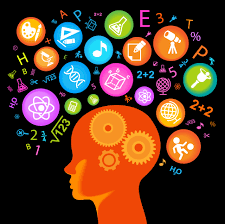 I used to work for someone who would be drafting an email, “supposedly” listening to me, and scarfing down a late lunch, all at the same time. When I paused, she would look at me and say “Continue, I’m listening.”

I am not sure if she really was listening but did you know that multi-tasking is not only counter productive, but it is may also be damaging your brain?

Reality:  No, you’re not.  Our brains were not built to multi-task.  In fact, it can only focus on one complex thing at a time (note the words “one” and “complex”).  This means that while you can read this article and chew gum at the same time, it is a different story when you try to do two input-rich activities –like balancing your budget while talking on the phone with your lawyer.  In reality, our brains switch back and forth between tasks. In the process, we have to disengage neurons involved in one task and activate the new ones and paying less and less attention to either task.  Studies have shown that this task-switching results in an average of 50% more errors and it takes about an average of 23 minutes to get back on track on what you were doing previously, resulting in about 40% decrease in productivity.  Ouch.

Reality:  A study by the University of London found that multi-taskers experience a drop in their IQ levels comparable to someone who has missed a night of sleep. In some cases, the IQ dropped by as much as 15 points, a level to which would be comparable to the cognitive equivalence of an 8 year old.  In addition, MRI scans have shown that brains of multi-taskers have less brain density in areas that impact our sense of empathy and emotions.  By multi-tasking, we may be damaging our brains in the process….

Reality:  If you have not seen the movie “Dr. Strange” starring Benedict Cumberbatch, I suggest you do as it is due to multi-tasking that we have a movie.  Driving a fancy fast car while trying to look at an x-ray is just plain stupid.  To dumb it down for us mere mortals, it would be the same as driving and texting at the same time.  Hands on the wheel, eyes on the road, and focus on driving, people!

Reality:  I dare you to just stop, cold turkey.  Not so easy, is it?  A further complication with multi-tasking is that we become addicted to it.  What we perceive to be a “successful” multi-tasking increases our dopamine levels–the hormone responsible for the feeling of happiness and thus, we don’t want that excitement and stimulation to end. However, the dark side of this equation is that in addition to dopamine, multitasking also releases adrenaline and other stress hormones that contribute to long term health problems.

Taking all of the above into perspective, multi-tasking really is just another bad habit –like nail biting.  You need a concerted effort to be more mindful and stay present.  This may include chunking out the time for specific tasks.  For example, check your email only at specific intervals during the day and actually booking a meeting with yourself for an hour to get through without interruptions.  Taking little breaks between tasks also helps in reseting our brain and our mood to what needs to be done next.

In addition, being a role  model of being a “unitasker” goes a long way.  For example, in meetings, put aside your work phone and focus specifically on what is being discussed. Sending out an email during a meeting is not only rude but distracting to the presenter.

So, the next time when you feel that you have that urge to do two things at one time, pause….and say, “Just One Thing at a Time”.